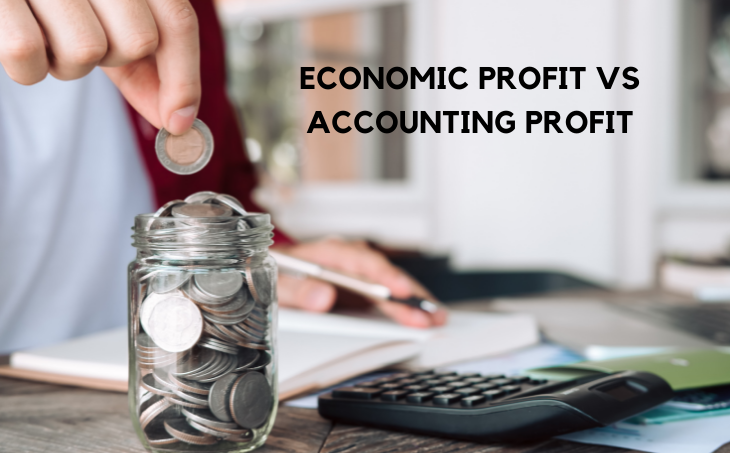 What is a Profit?

The term Profit means the earnings of a company or the net income a company has generated after considering the costs it has to bear. As mentioned, the term income and profit vary, in the same way, there is a subtle difference when it comes to accounting profit and economic profit. The significant difference is that the accounting profit considers only the explicit costs, whereas the financial benefit considers both explicit and implicit costs. Let us understand better with some examples with the expenses used in general.

What is Accounting Profit?

Accounting profit or the net income arrived after deducting all the costs incurred and the expenditure a company has to expend to earn the revenue. The deductions are made by following the generally accepted accounting principles or GAAP.

Some of these costs are:

What is Economic Profit?

Economic Profit is similar to that of accounting profit, except for it takes into consideration both the explicit and implicit costs. As we have understood, explicit costs are the figures of expense; inherent costs are more economical. It is like opportunity cost that is the cost incurred for selecting one option over the other. It is more flowing into different periods, unlike accounting income, that is, a decision taken in the current year or taking a separate action in another period. Accounting principles are not considered in economic profit, but it is run through the economic principles.

Economic profit is analyzed along with accounting profit. It is the profit of the company that shows in the income statement required for financial transparency. The economic profit can be used by the business owners to understand if they have made the right choice between two projects based on the facts. Economic profit is a theoretical calculation based on what-if scenarios; whereas, Accounting Profit is what happened.

Differences between Implicit and Explicit Costs

The profit derived from producing the goods while listing the alternative use of the company’s resources in another task is understood as economic profit. Accounting profit calculates the actual profit for a period, whereas economic profit is a theoretical calculation based on some exemptions that would have been taken.

To Conclude, Accounting profit is the net income arrived after deducting all the costs incurred and the expenditure a company has to expend to earn the revenue. On the other hand, Economic profit is similar to that of accounting profit, except for it takes into consideration both the explicit and implicit costs.